Interior demolition of the Bucyrus Club project has finished up and work has moved into the construction phase, with project leaders actually hoping to hold their first official event in the building come December.

The Bucyrus Club is located 1919 12th Ave. in downtown South Milwaukee. The former factory building and Bucyrus employee club is being turned into a banquet facility and museum. Skyline Catering Inc. will operate the banquet space on the first floor, while the South Milwaukee Industrial Museum will occupy the second and third floors.

Demolition work took place over roughly five months, and was performed by volunteers who were retirees of Bucyrus. They logged more than 1,600 hours of interior demolition in order to prepare the building for renovations.

“As a city, it was great to see the sweat equity and the personal passion behind the project,” South Milwaukee Mayor Erik Brooks said. “They were willing to step up, and in the end it saved us money.”

In mid-October the building was turned over to construction manager, Milwaukee-based CG Schmidt.

And though construction will certainly not be finished by year’s end, the building is slated to host its its event on Dec. 18. The date marks the 100-year anniversary of the opening of the original Bucyrus employee club, said Bob Jelinek, director and chairman of the South Milwaukee Industrial Museum.

The informal pre-opening event will provide residents with the opportunity to get updated on the project’s progress, Brooks said.

Parts of the historic building date back to 1892. It was added onto twice over its history. It was home to South Milwaukee’s first manufacturer, Schultz Bros. Furniture Co. Bucyrus eventually purchased the building and used it as a machine shop and steam-engine assembly shop.

It was later reconfigured as a Bucyrus employee club, including a dining space, a bar, bowling alleys and a second-floor gymnasium, stage and handball court.

In 1994, the building became the South Milwaukee Community Center, operated by the local Lions Club. It again changed hands in 2006 and was operated as a restaurant.

The city bought the building in February, with the help of a $1.5 million donation from the Bucyrus Foundation.

The latest chapter in the building’s life will celebrate its and the city’s industrial history. Jelinek said display cases will be placed throughout the building. The 250- to 300-person main banquet room will have open ceilings and display the original cream city brick walls.

The restaurant and lounge area next to the banquet room will be modeled in the 1920s motif, said Ernie Wunsch, owner of Skyline Catering. This is a nod to the year 1920, when the building transitioned from its manufacturing use to the employee club.

Brooks and Wunsch said the project should lift up the entire downtown area and bring in people who might not otherwise visit South Milwaukee.

“There’ll be 500 new bodies here every single Saturday,” Wunsch said. He later added, “This will be for people from around all the surrounding communities.” 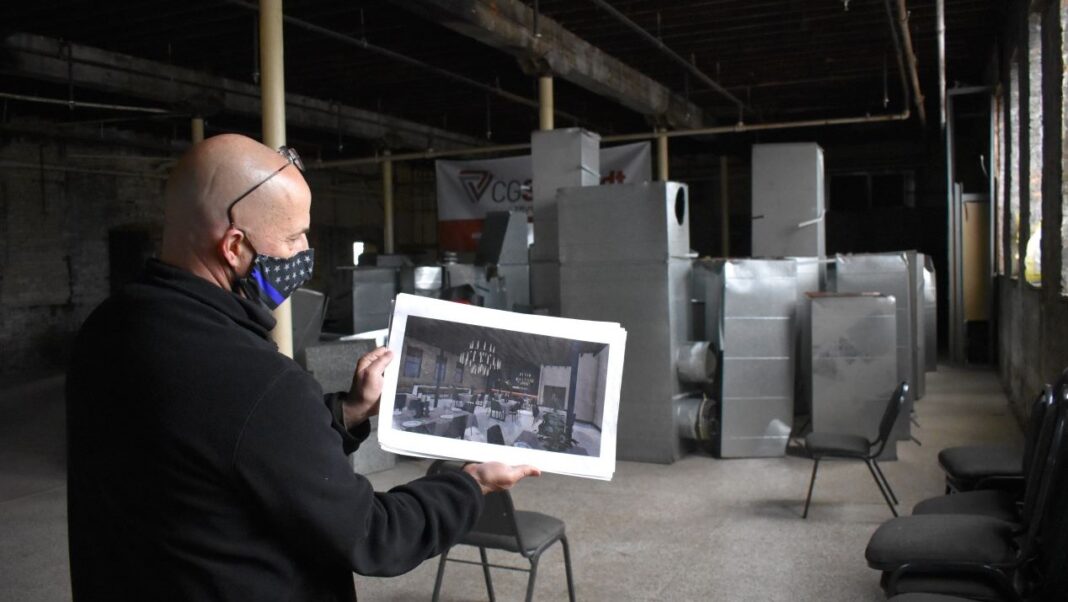 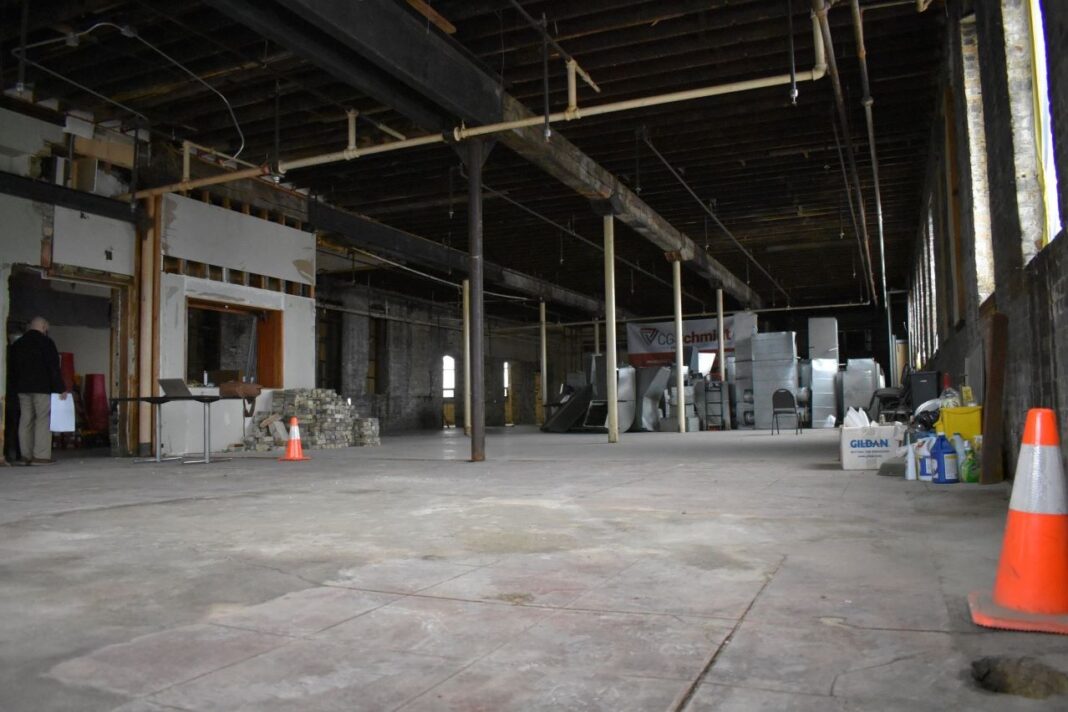 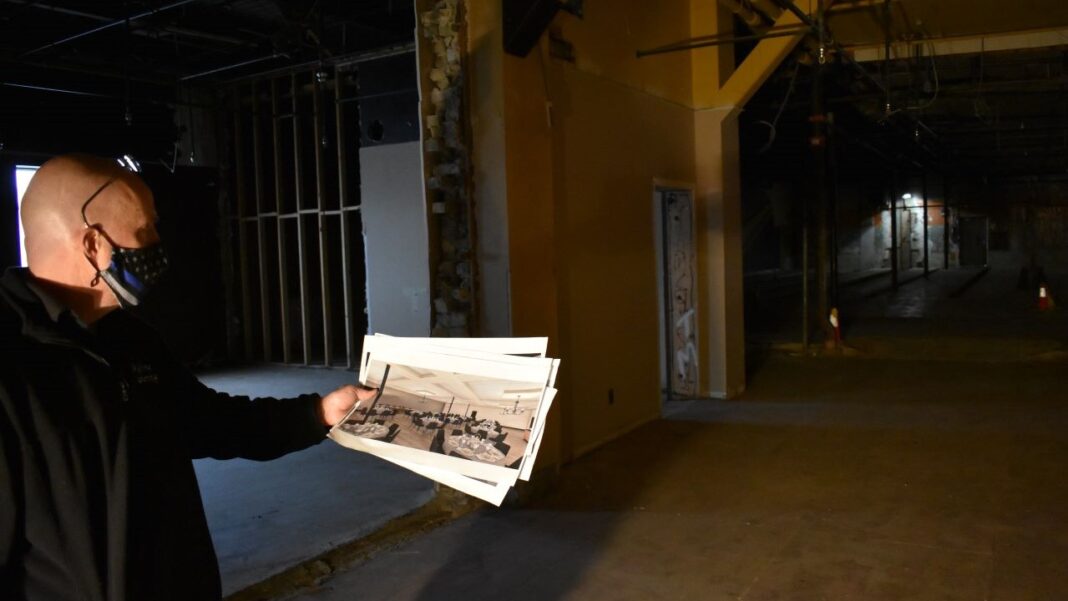 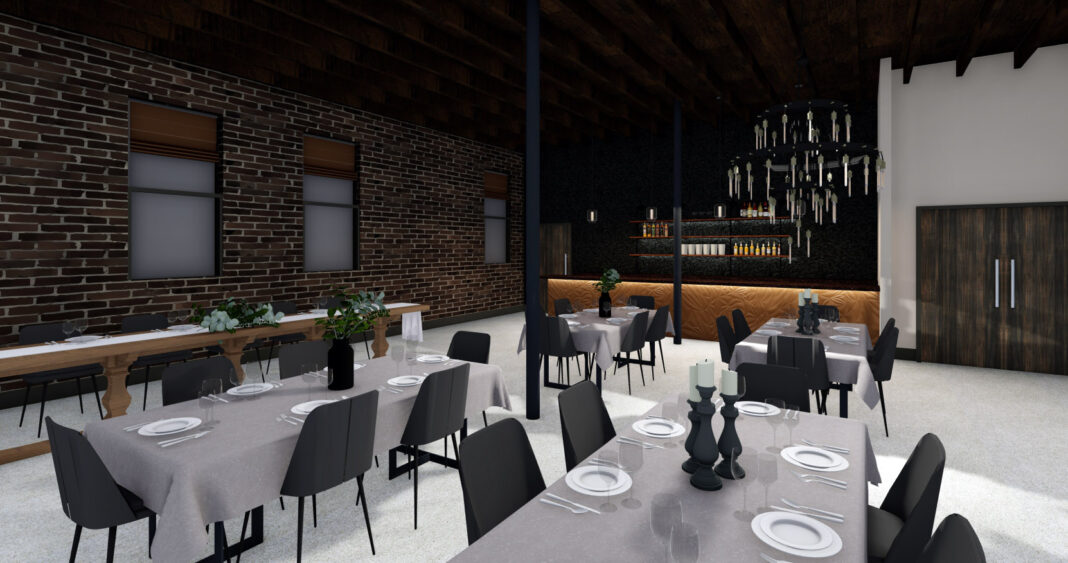 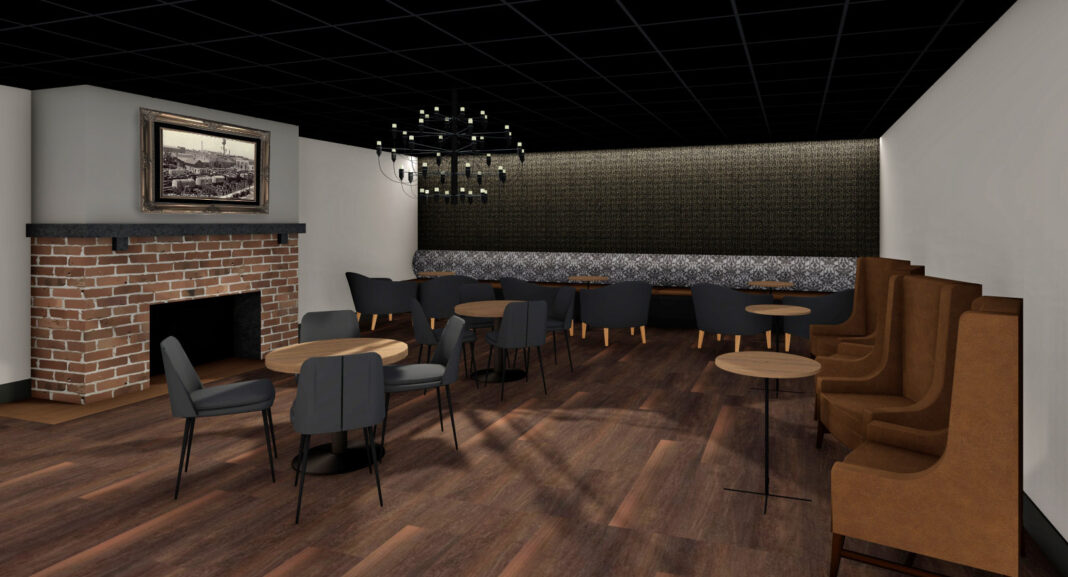 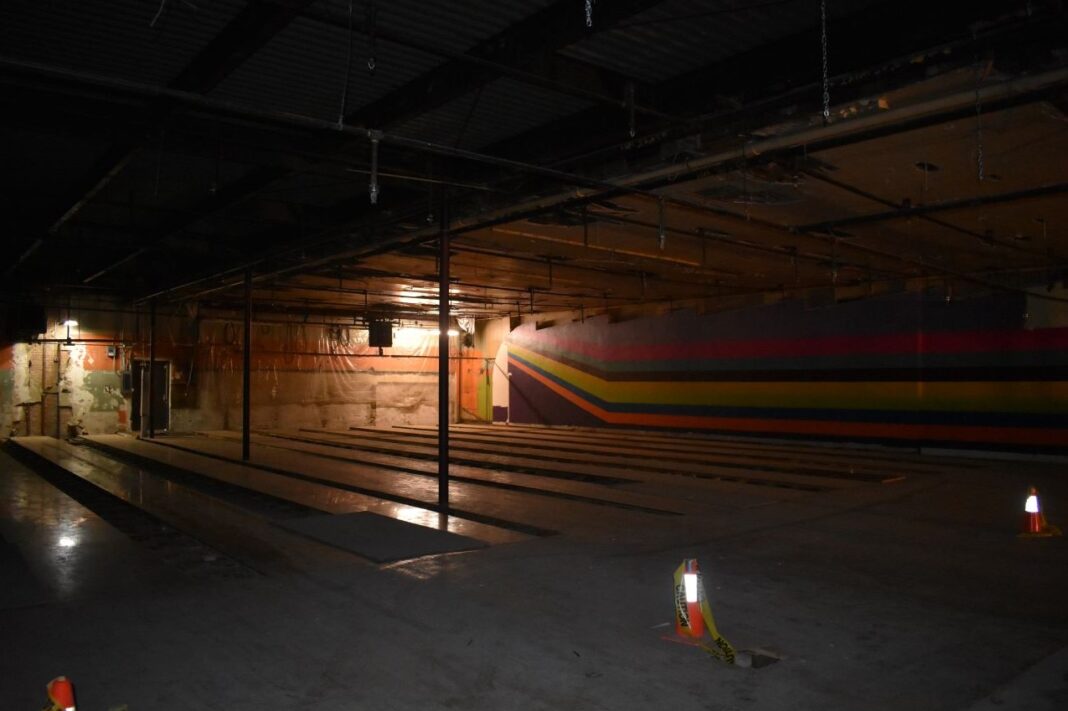 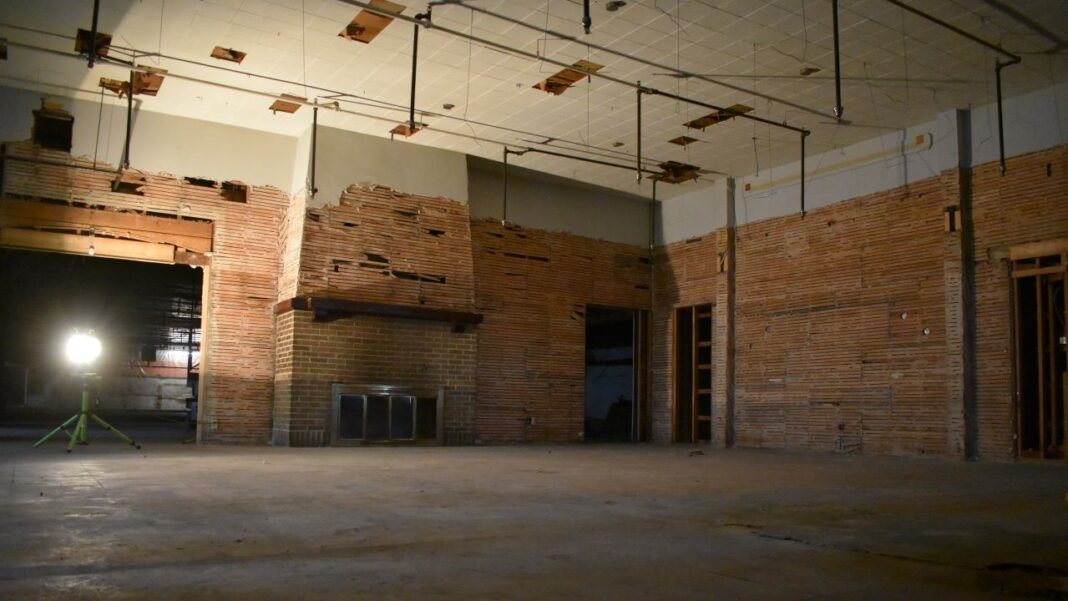 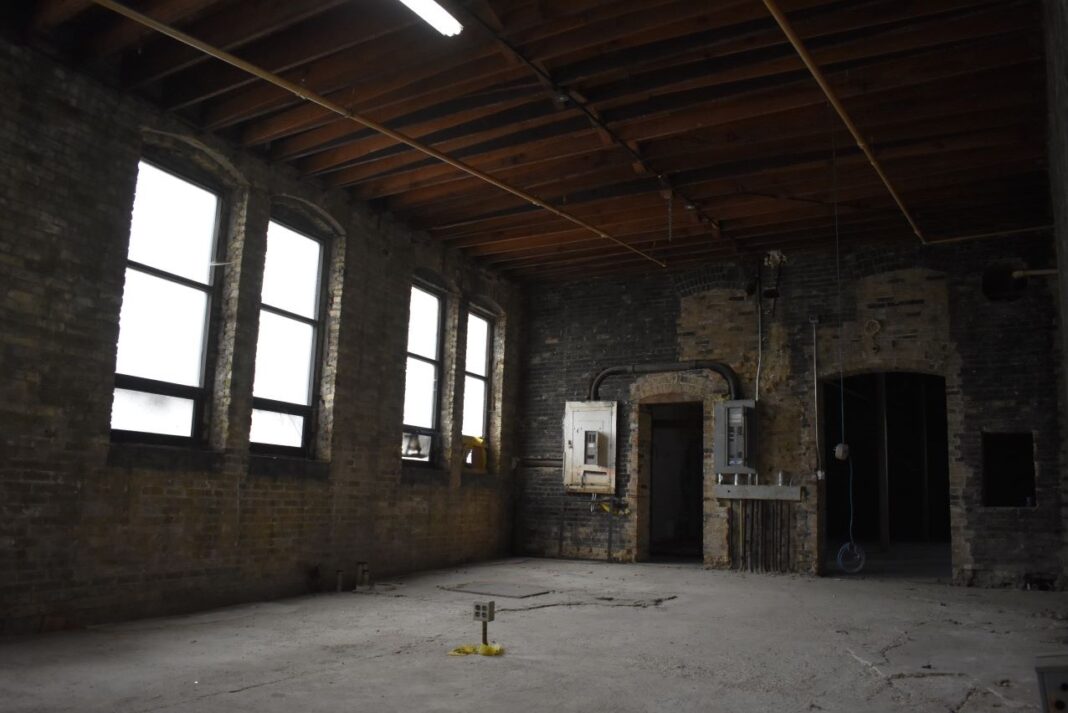 This room will be the hot kitchen area for Skyline Catering. 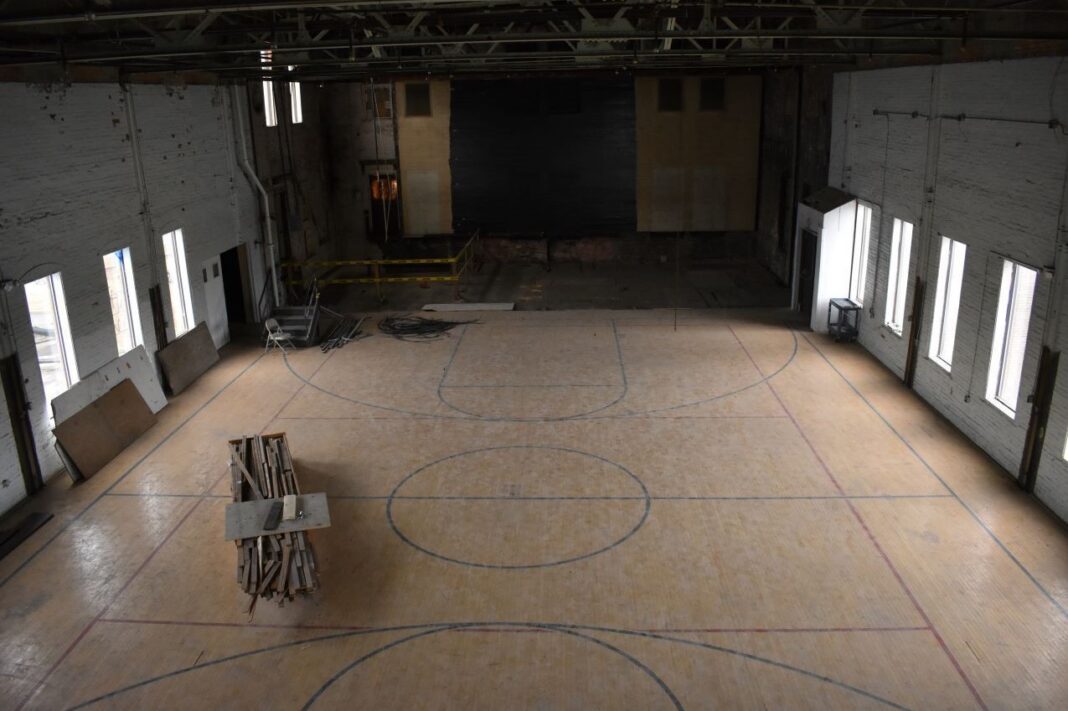 The former gym will be turned into the main museum space. 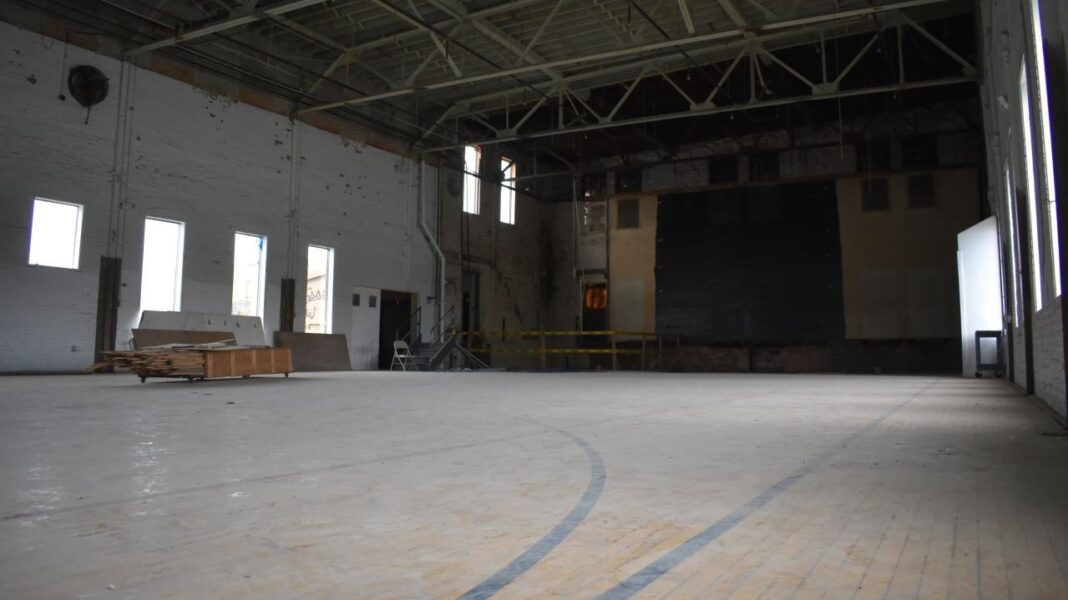 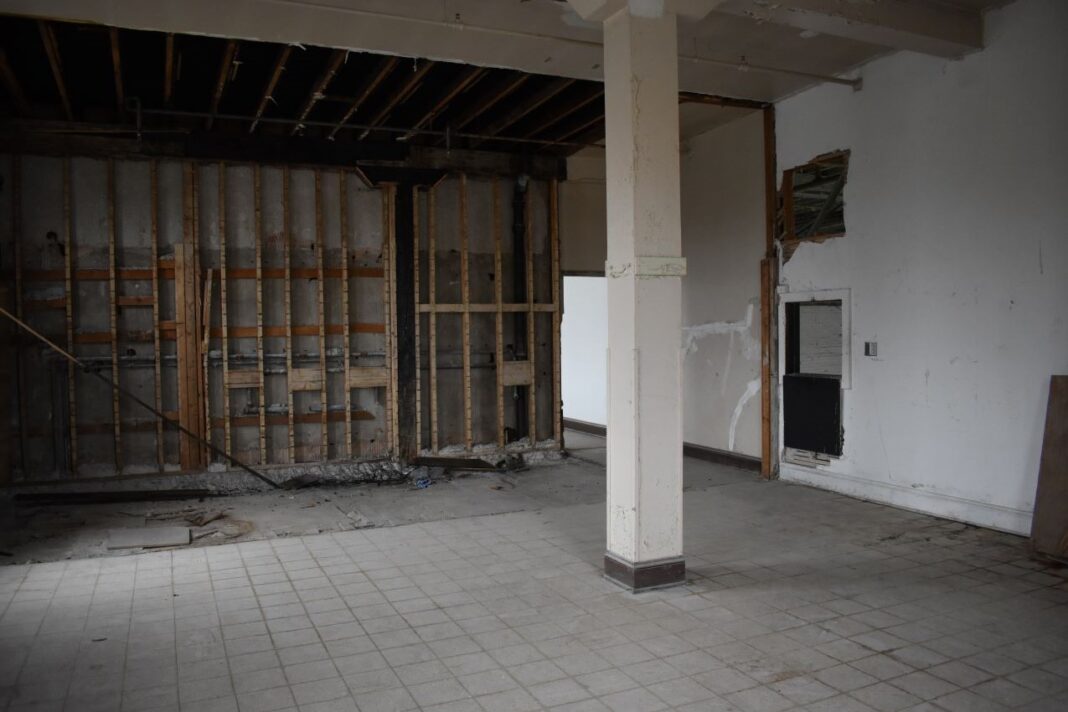 The third floor is where the museum will keep its offices. During demolition, evidence of a fire was discovered in some charred boards and columns. 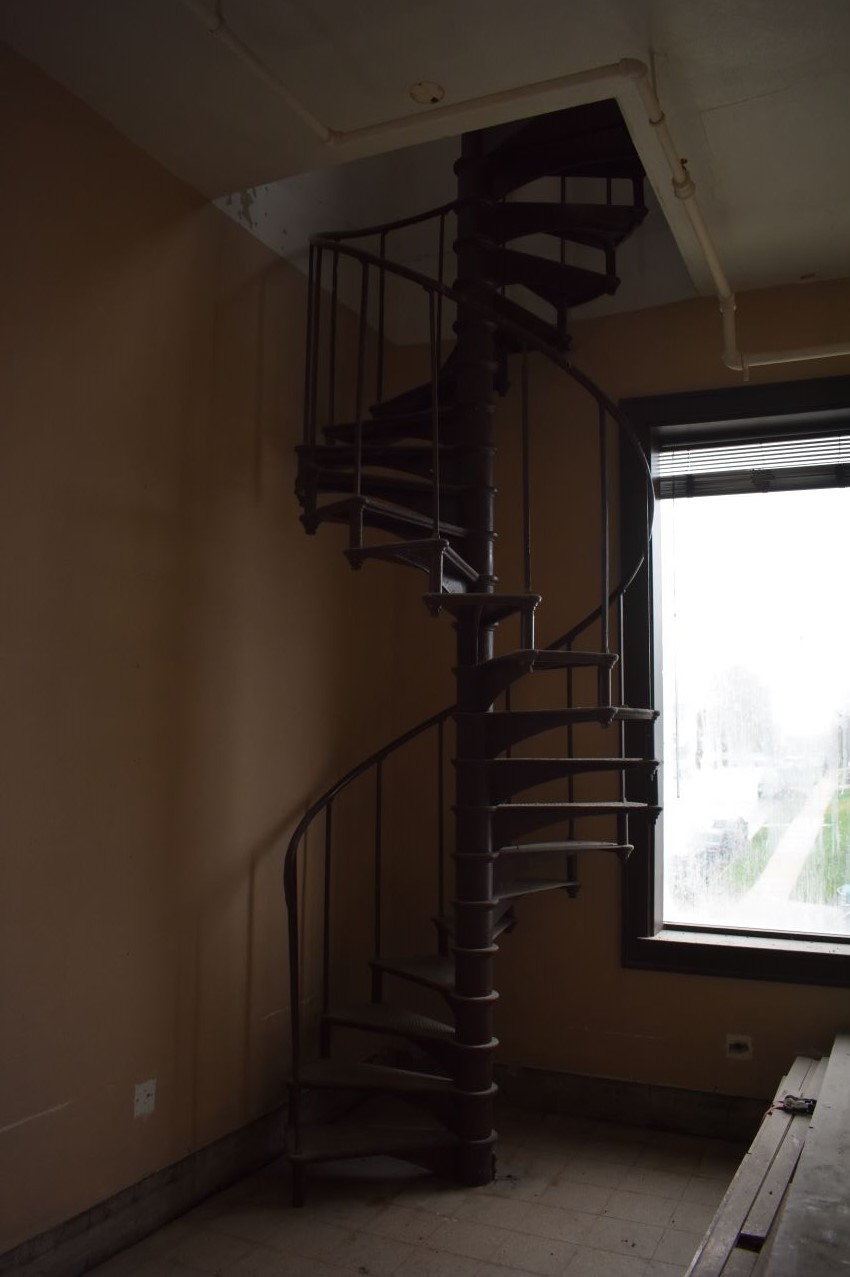 The old spiral staircase connecting the second and third floors will remain. 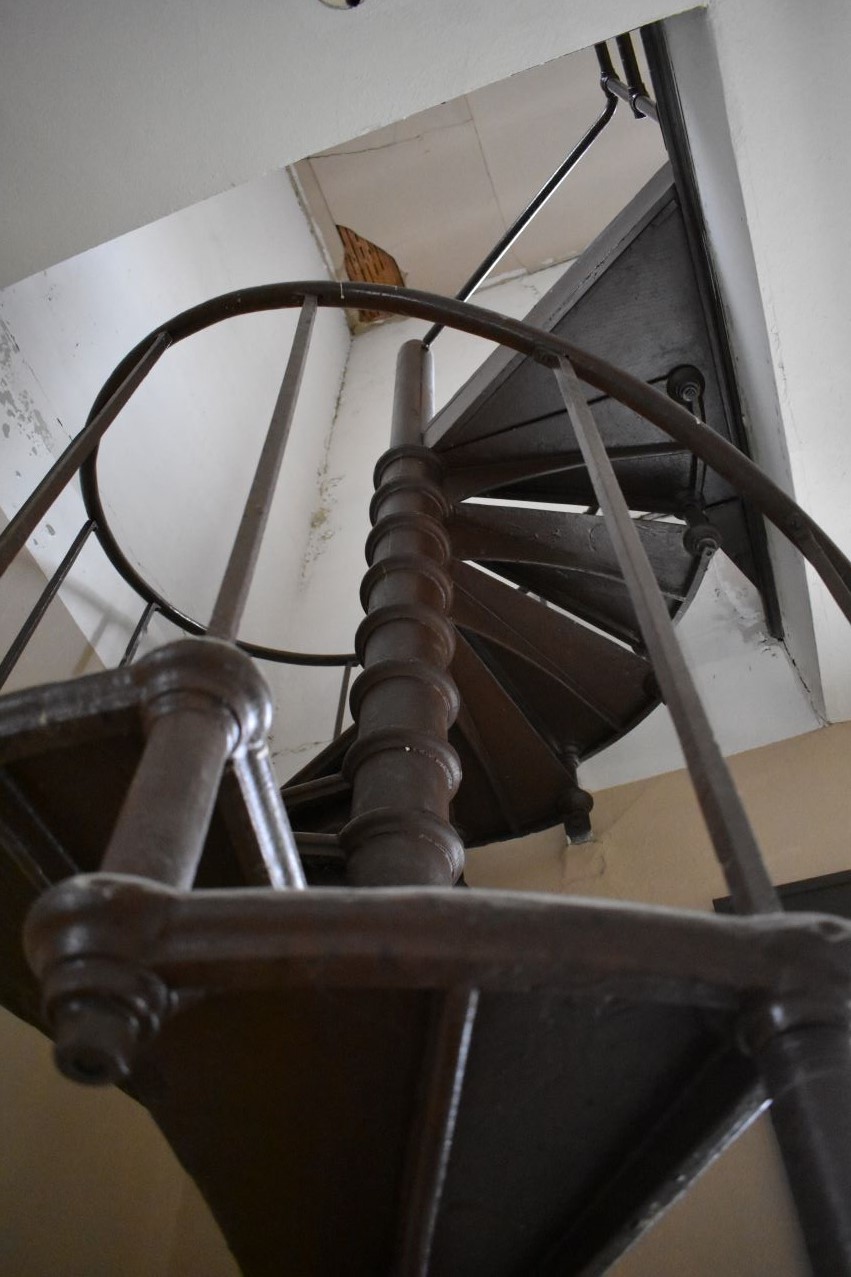